​
He stood before death, face to face.

This ancient enemy lay before Messiah as He stumbled forward under the wooden weight of an impossible burden. Around Him loomed foreign soldiers and alien countrymen, their shrill jeers an unnatural chorus of malicious insult singing Him to His macabre end.  In the distance on that dusty road rose the barren crown of destruction’s head, stony teeth grinning in a sadistic smile of tumbled rock, with water-carved hollows weathered over time now seemingly empty sockets searching for His breathless and long-awaited approach. 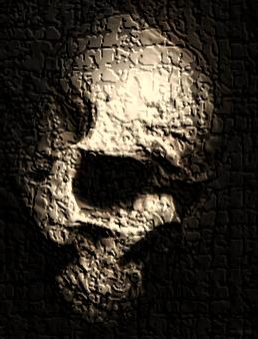 It was a sickened blight upon the holy hill of Jerusalem, a festering sore within very sight of the Temple itself.  But it was Roman ground now, exposed bedrock gleaming and lifeless and devoted to the frightening display wherein they brought the souls of condemned men to their final moment.  Held in the hands of the heathen, that peculiar hill became the haunt of all their torturous genius – and it was His destination on this day of all reckoning.
​
Had Yeshua passed by in its shadow before this grim pilgrimage?  As a child with His family during the yearly festivals, walking the long roads leading south from the frontier lands of Galilee and ascending to the Place of the Presence of His Deity in Jerusalem, did such path perhaps lead Him by the looming height of that skeletal crag?  Might He have paused amid the pressing throng of holy traffic and taken in the hint of its gloom with a childish awe that considers what awaits us at adulthood, ever in the future, a specter always just out of reach – or was His youthful heart unconcerned with such dark and distant matters?  Did He avoid the area years later in His attending-to of the needs of His itinerant rabbinic ministry in Judea, a thought held at bay in the back of His mind, or was it a murky mountain whose growing shade lengthened with each visit to the City of the King, its silhouette crawling across the earth until all the land was to be shrouded in its Cimmerian shadow finally on this day now reached?

What manner of prophetic necessity carried His life to such desolate terrain for His destruction?  Was the physical and spiritual merit of His passing not enough, that it had to be eclipsed by so stark a symbolism as the hill shaped in this morbid profile?

What are we to appreciate from the detail all four Gospel writers felt impressed to include for their readers?  Were the finest moments of the finest man so delicately ephemeral that His last breaths had to be yielded to the wind scraping atop the Skull?

What spiritual insight might we possibly learn from this?

This question might be answered in several ways.  But the situation surrounding the topic is redemption, the forgiveness of sins, and life from the dead – all in the curious context of Hebraic thought.

So, let us take a step back and consider for a moment the Man Himself.

Yeshua lived all His earthly life as an observant Jew.  The Torah was to Him culture, Law, and life itself.  That same Torah decrees a devoted man to go about his days in a specific manner.  There are certain ways of dress and holy articles that define a man whose mind is focused on living the Word of the Holy One.  One of the most visually-striking of these is the commandment wherein the Torah tells the spiritually-minded man to wear a certain type of head-gear and hand-gear (called tefillin shel rosh and tefillin shel yad, respectively) that form signs upon the individual that he is an obedient servant of the Holy One.  These tefillin are comprised of small leather boxes inside of which are placed scrolls that have written on them important passages from the Torah.
Understanding this is the beginning to appreciating why He was to die at a place called the Skull.  Although a simple act to perform in the physical realm, tefillin are held in high spiritual regard in Judaism, such that wearing them is viewed as if we have completed the entire Torah!  This equation of tefillin with the entire Torah is preserved in the ancient Talmud Bavli, tractate Kiddushin 35a, where precedent for this unique idea is gleaned from the very words of the Torah itself! 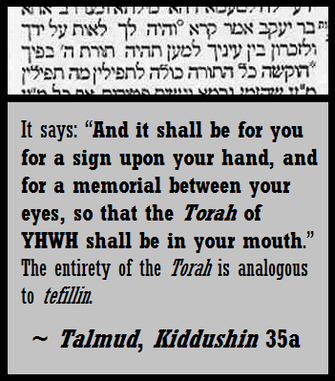 The parallel between the merit of wearing tefillin and the completion of the entire Word of the Holy One is derived by its association mentioned in Exodus 13:9, which the above bolded text is quoting.  Essentially, the Torah was understood by the ancient teachers of Judaism to have been saying that when the commandment of tefillin is performed, the Holy One associates that performance to be the fulfillment of the entire intent of the Torah because He says that doing such puts the Torah (a word understood to include all the commandments) into a person (as the Text says: “in your mouth” – i.e., within your being)!
​
Taking this understanding back to Yeshua, we see that not only was He perfectly obedient in the Torah, so that He would have been blameless in the performance of wearing tefillin, we see in John 1:14 that He Himself was the embodiment of the Torah – the Word!

​
​And the Word was flesh, and overshadowed among us … 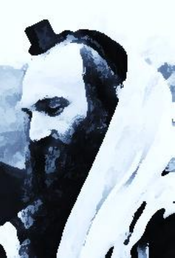 We now see that Yeshua, by embodying the Word / Torah, is thus Himself likened to tefillin!  He is a living, breathing, walking version of the tefillin!  In this we can begin to understand the link between Yeshua and Golgotha: Messiah was raised up on the cross at Golgotha, His own body portraying the tefillin that we are called to wear upon our heads!  Yeshua being crucified at such a site called The Skull makes total sense in a Hebraic mindset.
​

Or does it?
​
​
The tefillin that we place upon our head are called TEFILLN SHEL ROSH – tefillin for the head.  Additionally, when they are mentioned in Jewish literature, they are overwhelming referred to by that very distinction: TEFILLN SHEL ROSH.  And yet, the word Golgotha distinctly means “The Skull,” and not really “The Head.”
To see the true intent of what the Holy One appointed for Messiah, we must turn once more to the Talmud Bavli, tractate Rosh Hashanah 17a, for a brief comment that helps to align all that we have seen thus far.  In that passage, the rabbis were discussing the types of Hebrew people who will have no share in the resurrection of the dead, and proceeds to list descriptions of them.  One of those types listed are “the wicked who sin with their bodies.”  A question is then asked regarding clarification of what it means to be one of those who have sinned in such a way.  The answer is illuminating to this study.

In quite a rare event, tefillin are spoken of here in the Talmud, and although they are something mentioned several hundred times throughout the voluminous Jewish work, the word “skull” is used as the reference to where they would be placed on the head of a person.  This is important to note, for the word employed is not the familiar term ROSH “head” that is typically encountered when discussing the two different parts of what constitutes tefillin.  Rather, the term used here is instead the common Aramaic term QARQAFTHA, having the very distinct meaning of “the skull.”

By this curious choice of term and the context in which it is found, we can now appreciate even further the fact that Yeshua was sentenced to die at grim Golgotha, of all places.  At that dreadful site where Roman rule was visualized in disgusting ritual, He was boldly set before every eye to see.  All would see the sign that Rome was willing to sacrifice even  a "king" of Israel!  But in this despair and cruelty, a truer sign was being given by the Spirit of the Most High.  Yeshua not only embodied tefillin as the Word made flesh, but in the unique placement at His death, He hung from the cross symbolizing tefillin shel rosh on The Skull! 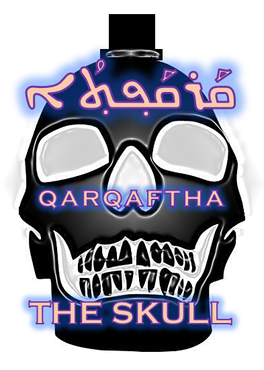 However, there is a further detail that needs to be considered which shows perfectly how seamless the divine Mind of the Holy One was in orchestrating His masterpiece of redemption.  The detail is one that is contained in all four of the  Gospel Texts (Matthew 27:33; Mark 15:22; Luke 23:33; John 19:17), but I include here just this one example taken from Luke 23:33, which I have selected from the Aramaic of the Eastern Peshitta Text.  Read now the so significant choice of term that Luke selected long ago to speak of the ghastly site of the crucifixion of the Messiah. 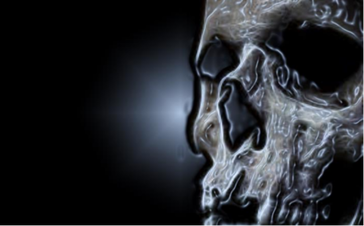 The Aramaic text of the Peshitta gives us the alternate name of Golgotha in its pure Aramaic form: QARQAFTHA.  To be sure, the term Golgotha is also Aramaic – that is, it is the Aramaic pronunciation of the Hebrew term of Gulgoleth “skull.”  The term QARQAFTHA would be the more widely-recognized Aramaic word, and so the Gospel writers included that version also to give clarification for their readers who would have been familiar with the more popular Aramaic term (the other three Gospel writers in the Peshitta also give the Aramaicized Hebrew term along with the Aramaic explanation of Qarqaftha). 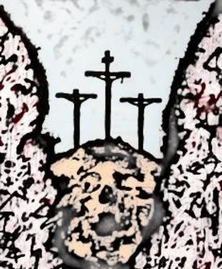 But more importantly, this detail preserved in the Aramaic Peshitta, which calls Golgotha also Qarqaftha “The Skull,” provides a direct link to the rabbinic understanding of what constituted a wicked person who would not have a part in the resurrection – one whose skull has not donned tefillin.  By sending Yeshua to such a dark end on the barren ground of Golgotha / Qarqaftha, the Holy One was making a bold statement: Tefillin would be donned on the skull so that the wicked of Israel could find forgiveness!  That grim destination held in it a purpose beyond what the eyes of men could see at the time.  What seemed like a hopeless death on a stained and unclean ground held in it a divine plan that would reconcile the souls of men to the Most High.  Yeshua’s death by crucifixion at Golgotha speaks volumes to those with ears to hear: The Holy One so loved the world, so desired that we might have the hope of resurrection, that He made sure to set the Messiah as Tefillin atop the Skull of the world!