What Does a Prophet Fear?

Jonah ran from his calling for a specific reason.  What could it have been?

Why Did Jonah Run Away? 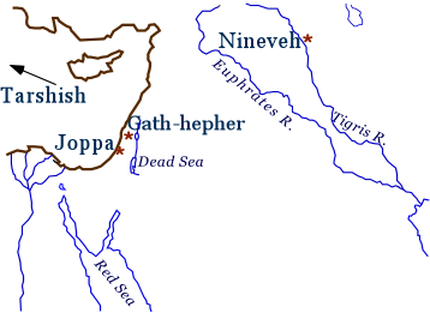 In the book of Jonah, we have a prophet who disobeys the commandment of the Creator to go tell a Gentile city in a foreign land that destruction is coming upon them.  Instead of doing what he is told and traveling Northeast to Nineveh, Jonah hops a boat and heads due west.  But the question is WHY would he disobey?


His message was NOT one of repentance, amazingly!  If you pay careful attention to the other books of the prophets, they repeatedly come to the Hebrew people with a message that basically runs along the lines of “REPENT OR DIE!”  But with Jonah, his message had no “REPENT” attached to it.  It was as simple as could be: cry out against the city.  We see that he is told to do this twice.  No mention of repentance was ever made, yet we know that the people DID decide to repent on their own. 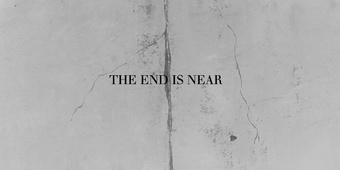 Jonah was tasked with going to a Gentile people in a foreign land and telling them that certain death was coming upon them.  He was going to tell a people who were the enemies of Israel, as well.  While it could be argued that he was perhaps afraid to go there in the midst of national enemies and proclaim destruction to come, the book itself actually tells us exactly why Jonah disobeyed, and it might just surprise you.

In the 4th chapter of the book, when Jonah sees that the Creator accepted the un-called-for repentance of the Ninevites, he becomes irate.  He throws his tantrum, and says in 4:2, “…was this not what I said while I was in my own land??  This is why I went ahead and fled to Tarshish!!”  After some more complaints about the high-compassion of the Creator, he goes on to ask this obviously overly-compassionate Creator to kill him!!

If we’re paying attention, then, we see that Jonah knew the people would not only repent when they weren’t even given that as an option, but that the Creator would actually accept the impromptu-repentance of this pagan people!  Consider this well, for Jonah is a prophet.  He was able to know prophetically beforehand that, although he would preach only destruction, the people would decide to repent and the Creator would decide to forgive.

So what’s his problem?  Why did he run?  Did he just want to see a bunch of people get toasted from on-high instead of being forgiven?  Was he really that sadistic?

Jonah was a prophet.  To be a prophet meant you held a special place amongst the people.  If you prophesied something, it had better come to pass.  If you were so unfortunate as to prophesy something that did not happen, you were killed.  Specifically, according to Hebrew custom, you would be strangled to death with a cord.  Anyone who prophesied an event and it did not happen was considered a false prophet – they were not a real prophet, and so they had to die.  That is what the Law required:  Death to the false prophet.

Jonah, being a prophet, knew that he was to proclaim a message of certain doom to the people of Nineveh, yet, being a prophet, he also knew that this doom would never come to pass.  However, he wasn’t given the luxury of telling them that they should repent and be accepted.  It wasn't part of his message.  The text tells us explicitly that his message was the overthrow of the city - nothing more!  He was just told to pronounce judgment upon them.  So, by knowing the real outcome of the trip to Nineveh before he made it, he knew that at the end of his trip he would wind up being a false prophet!!

Well, we all know the story: he is forced to go to Nineveh and deliver the message of doom, and everyone repents instead and is spared, and the book begins its grand finale: Jonah goes on a chapter-long flip-out.  In more ways than one, Jonah has become bait.

He knew that if he returned to Israel he would likely face the judgment of death, or, at the very least, when the judges couldn’t absolutely prove that a person was a false prophet, they would sentence them to “death at hands of heaven,” and wait to see if the Creator viewed the person as false, thus killing them soon in a unique manner without the intervention of man.  This probably explains why Jonah asked for the Creator to kill him after he saw that the people’s repentance was accepted.  He knew he had done what he was told to do –thus, he was legitimate in that respect- but by doing what He was divinely ordered to do he had also legally become a false prophet in the eyes of everyone else.  For this, he judged himself as worthy of death by the hands of heaven.  He was basically saying “I don’t even know if I’m fit to live anymore at this point!”

His entire future as a prophet (how others viewed him, his legitimacy, and his relation to the Creator) was thus asked to be sacrificed in obeying to the T the very words of the Creator.  His story is all about sacrifice of self (both reputation and very life) for the salvation of others.

Interestingly enough, he is never called a prophet in the book of Jonah….and although he came from the town of Gath Hepher in Galilee, in the New Testament, in John 7:52, the Pharisees actually state that “no prophet has come from Galilee.”

Which brings us to the Messiah: He likens Himself to only one person out of all the people in Scripture.  This one person had actually lived in a village only 3 miles away from Nazareth!  Jonah is the only prophet with whom the Messiah ever paralleled His unique ministry!  He speaks of the “Sign of Jonah” being the only sign that would be given to the people of that generation.  He aligns Himself with a man who – by fulfilling the command of the Creator– invariably became a false prophet in the eyes of his people.  He likens Himself to a man who had to sacrifice greatly in order to accomplish the will of the Most High.  Messiah performed the will of the Creator by sacrificing Himself in a way that made Him appear to be a blasphemer and wicked person, yet in reality His sacrifice would bring salvation to untold myriads of people! 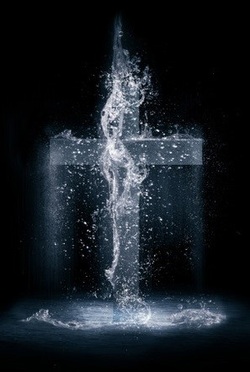 So when you look at the book of Jonah again, hopefully you can see the humanity and sacrifice of a man who wanted to obey the Creator, but was being asked to sacrifice so much, and relate a little better in your own life.  In the end, he finally did what was asked of him.  And yet we aren’t told of his outcome, because the story continues with each of us.  The call to sacrifice of ourselves in meaningful ways still remains.  But we do know that he ended-up typifying the true selflessness of the Messiah who would come and be a willing sacrifice for the well-being of others.