​
Sermons and powerful messages have been offered throughout the years that He wears these crowns as gifts from His people, who cast their own at His feet upon His return. I do not doubt the reality of the redeemed acknowledging the reigning authority of Messiah in their lives at His return. However, how is that supposed to work, exactly? If you’ve ever tried to imagine that scenario in your head, you might come up with some awkward portrait, or at the best, an unwieldy, tottering mass of gleaming crowns atop the head of our Saviour. Admittedly, it is difficult to conceive of exactly how that could be accomplished in the literal sense.

But what if the intent of the detail was not entirely literal? What if the image was meant, instead, to convey a symbolic meaning? If that were the case, how could it be interpreted? Follow me a on a brief trail of suggestion, and see if this alternate route of perspective offers any further insight towards this strange depiction.

In the book of Matthew, chapter 5, verse 18, the Messiah says something curious about the lasting nature of the Law given to Moses by the Creator. In that verse, He says that not a jot or a tittle will pass from the Law until the heavens and the earth pass away. Just a cursory reading makes the constancy of the Law quite apparent; the heavens and the earth still exist, so logically, nothing has gone from the Law.

But, have you ever stopped to consider exactly what a jot and a tittle really are?  A very literal reading from the Aramaic Peshitta text of this verse is as follows:

For I truly say to you: that until the heavens and the earth shall pass, one yudh or one stroke shall not pass from the Instruction, until all shall have happened.
The Aramaic word for “jot” is YUDH, which is the smallest letter of the Hebrew and Aramaic alphabets, and is the word He actually used. The Greek translations employ the term IOTA, the name of a letter which they took from the Hebrew alphabet when they needed a written language, specifically: YUDH. So, YUDH = IOTA, even if they don’t sound all alike in pronunciation. The Semitic letter looks very, very similar to an ‘ apostrophe in the English language. By saying this, the Messiah tells us that every single letter is NECESSARY, at least until the heavens and the earth pass away.

The Aramaic word for “tittle” is SERTA, and is not a letter of the Hebrew or Aramaic alphabets.  By mentioning the yudh/ iota, Messiah already discussed that even the smallest letter is vital.  Now, He moves on to something even smaller!  The word SERTA means “tiny line.” What do tiny lines have to do with the permanency of the Law of our Maker in our lives? Apparently, according to the opinion of our Saviour and King….a whole lot!

The Greek translations chose the word KERAIA here, meaning “horn.” So, between the Aramaic and the Greek texts, a consistent idea is promoted: a prominent line of some sort, which somehow is connected to the Law and its foundational importance in our lives.

So IS there something in the Hebrew alphabet that looks like a protruding “horn / line”?

​The answer is YES. 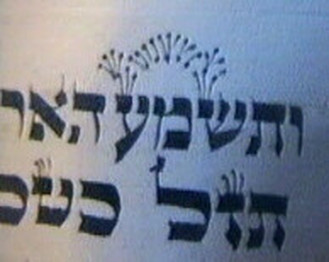 On the tops of 7 different Hebrew letters appear tiny protrusions. Those letters are:

Gimel
Zayin
Tet
Nun
Ayin
Tsade
Shin
The above image shows some artistic embellishment by a scribe when he wrote the lines.  These protruding lines are called in Aramaic TAGGIN, which means “crowns,” from the singular of TAGA. 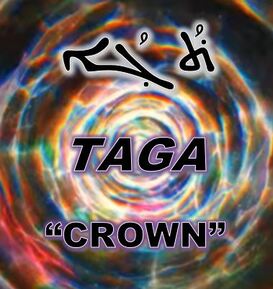 The purpose for their existence atop the Hebrew letters is actually not entirely known. Rabbis have discussed for thousands of years why they are there. Although various ideas have been proposed, no final answer has ever been arrived at as to why they must be present. Nobody knows. But if a scroll of the Law is written without them, the scroll is not considered complete. They are that important! It should be pointed out that they do not appear to have been used on the more ancient Paleo-Hebrew scripts of First Temple times, but were added later.  This is an interesting detail to consider.  However, to end all debate as to their significance, the authoritative proclamation of our Messiah alone makes them essential.

Furthermore, each letter has a specific amount of crowns protruding from the top:

When you look at how many times each of the above letters appears in the Law of our Creator, things start adding up quickly.


So as you can see, there are LOTS of those little crowns! Specifically, in a properly-crowned scroll of the Law, there should thus be 229,936 crowns!

But it doesn’t stop here.  Each “crown” / “serta” is itself constructed of the letter Zayin, which would also thus have 3 crowns of its own, according to how it is drawn.  Doing the calculations for this next “level” would yield a sum of 919,744 crowns!  But again, each of these crowns would also be another letter Zayin with its own set of 3 crowns each.  Factoring this in would place the sum into the millions very easily.  And even this is not the end!  What you have is essentially a fractal when it comes to these letters, where the number of crowns atop even a single letter effectively becomes infinite.  There is no end.  How befitting of the King of Kings to have not one, or two, or ten, or a thousand, but an unending number of crowns associated with the majestic glory of His reign!!
Taking all this back to Revelation 19:12, we could interpret the “many crowns” on the head of the King Messiah as a reference to the Law, unchanged, unedited, in perfect and complete form.

Furthermore, when you read the verse that comes immediately after the statement about Him wearing many crowns, you see an additional detail that supports this idea of the Hebrew letters and their adorning crowns: “His Name is called ‘The Word of Elohim.’” He will return to the promised land and rule as King of the earth, and as Isaiah 2:3 proclaims, “the Law will go forth from Zion!”

Additionally, the Aramaic Peshitta text of 1st Thessalonians 4:16 tells us a surprising pro-Law detail that the Greek unfortunately translates as "with a shout." The Aramaic says: 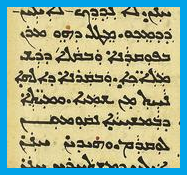 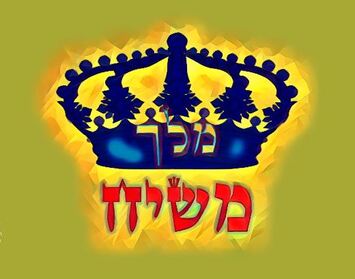