THE  SHOFAR  OF  BROKENNESS 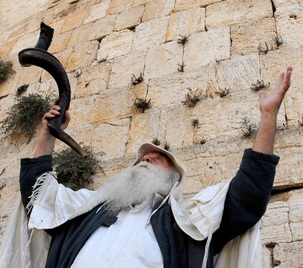 The trumpet, the ram’s horn, that which is called in Scripture a SHOFAR in Hebrew, plays many different roles throughout the scope of history, as well as history that has yet to happen.  The ram’s horn signals the onset of war, the movement of troops, the packing up and journeying of a people, and the redemption and freedom of those in captivity, among many other functions.  It has a use that the believer should take care to inform themselves of, for it is not a simple instrument man has wielded for his own purposes.  Rather, it is an earthly tool that has been endowed and sanctified by a heavenly purpose, and ultimately that reality defines our appreciation of the otherwise mundane existence of the shofar.
The very first instance of the use of a ram’s horn in the Word should call everyone’s attention to the importance of the object given to it by the Most High.  It was used in one of the grandest events in the history of mankind, so far.  The drawing near of an entire people to the Holy One at Sinai was kicked off with the blast of a ram’s horn.  The event is recorded for us in the book of Exodus, chapter 19, in verses 13, 16 and 19, which read:

13  No hand shall touch it, for he shall be certainly stoned, or certainly shot through, whether beast, whether man – he shall not live.  In the protraction of the ram’s horn they shall ascend upon the mountain.

16  And it came to be on the third day, there were voices, and lightning, and a heavy cloud was upon the mountain.  And a sound of a shofar was very strong, and all the people were trembling in the camp.


This particular concept is preserved also in the name of the Scriptural festival that begins the appointed times of the fall season: Yom T’ruah – the “Day of the Loud Noise.”  The term T’RUAH itself stems from the root RA’A, which actually means “break / shatter / crush.”  Thus, the festival’s name aligns perfectly with the purpose of the supernatural shofar sounding on the mountain in Exodus 19 – the ram’s horn blast broke the imposed barrier between the Holy One and His people. 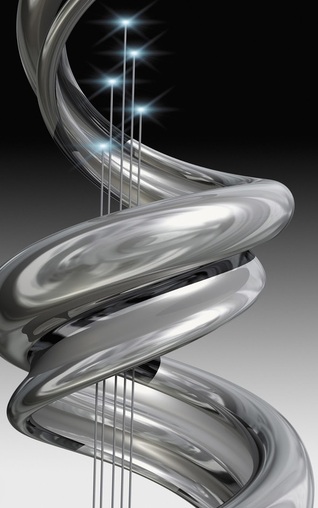 In addition to this, consider also who blew the shofar.  The text does not tell us that a man blew the instrument.  Rather, Mosheh had to take care and listen for the exceedingly long blast of the shofar, which shows us that no human was responsible for blowing the horn.  It was a divine, supernatural event that signaled the people’s ability to come near the Holy One.  Scripture pushes the concept that the blowing of the heavenly shofar is a duty given to certain angels, and also, quite interestingly to the Creator Himself, at least at very significant moments in time.  Consider the words of Psalm 47:5, which read:

Elohim has ascended with a blast; YHWH with a sound of a shofar!
The purpose for this is the gathering of His people to Him, just as we see was the initial reason for the blowing of the shofar in Exodus 19.  The context of Psalm 47 bears this out further in verses 4 and 9.  The supernatural sounding of the shofar has clear and decisive intent.  The idea of His people drawing near to Him when He sounds the shofar is repeated again in Zechariah 9:14, and the surrounding context, which says:

And YHWH shall be seen over them, and His arrow shall go forth as lightning; and the Master YHWH with a shofar shall blast, and shall go with storms of the south.

The idea is further discussed in the book of Isaiah 27:12-13, which gives us these details:

12  And it shall be in that very day YHWH shall thresh from the branch of the river until the river of Mitzrayim, and you shall be collected one by one, sons of Yisra’El.

Those who hear the shofar will be brought near to Him.  What an amazing event this shall be for all who have hoped in Him over the ages!  The Word even makes an interesting statement to this event in Psalms 89:15, where it says:

Prosperous are the people knowing the blast; YHWH, in the light of Your face they shall walk.

This verse tells us that those who know the “blast” of the shofar are prosperous, or as many translations render, “blessed” or “happy.”  Why is this the case?  The translation “blast” arises from the Hebrew word mentioned previously in this study – T’RUAH, whose root signifies a “breaking / shattering.”  This means that those who know what it means to be “broken” will be those who are truly blessed.  They shall be in the presence of the Holy One.  This aligns with the message of Psalm 51:17, where we are told the surprising declaration:

The sacrifices of Elohim are a spirit shattered; a heart shattered and crushed Elohim does not disdain.

Those who are broken by their sin and the knowledge of what a life apart from His presence is worth are those who will one day be in His Presence, drawn near to Him who can repair all brokenness.  Those in whom the spiritual purpose of the shofar has been seen will, in turn, see Him.
But why must the people of the Most High approach Him in brokenness?  The answer lay in the Word itself.  Numbers 23:21 makes this declaration:

He has not beheld wickedness in Ya’aqov, and has not seen vexation in Yisra’El; YHWH his El is with him, and a blast of a King is in him.

This passage reveals that a “blast of a King” is in the people of the Most High.  The word for “blast,” once again, is T’RUAH, and ultimately means “broken / shattered.”  Thus, the King who is in Yisra’El is a “broken King.”  This is none other than King Messiah Himself – Yeshua of Nazareth!  The book of the prophet Isaiah, in the 53rd chapter, speaks of the breaking of the Messiah.  His brokenness paved the way for all who would be one day brought near to the Holy One.  We must follow in His footsteps in our own approach, giving honor to the One who bought what we cannot earn.
Thus it is that the gathering-together of His people is with the supernatural blowing of a shofar.  It is the heavenly blast that signals His people can draw near to Him.  The broken King, Yeshua, inaugurates that future drawing-near with the shofar being blown upon His return to rule this earth in righteousness.  The Apostle Paul addresses this very moment in his first letter to the assembly in Thessalonica, where in 4:16, it reads from the Aramaic Peshitta text of the New Testament as such: 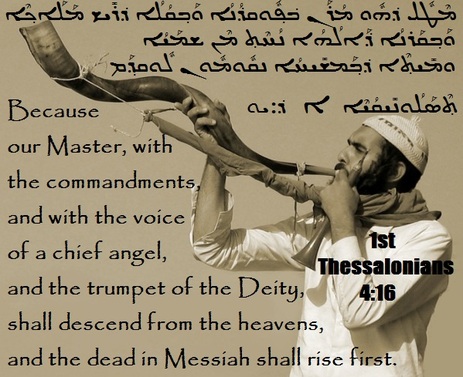 The spiritual sound of the shofar is therefore the heavenly beckons to come to Him, the One who has provided the only way for man to be healed of his brokenness.  The sound of the shofar is that of the Broken King, Yeshua the Messiah, calling out that the barriers are removed, and His people who have hearts and spirits broken just the same, can draw near to the Presence of the Holy One.
All study contents Copyright Jeremy Chance Springfield, except for graphics and images, which are Copyright their respective creators.