​
Scripture refers to the Holy Spirit hundreds of times. Throughout the Word, the topic will be encountered in sporadic passages. The Holy Spirit is heavily emphasized in Christianity, but its foundation is within the Hebrew culture of the Tanakh—Jewish Scripture. Portrayed commonly with a unique portrait that is unfortunately all too often ignored in place of accepted theological traditions, the topic of the Holy Spirit is typically not presented in a way that maintains its context as it is grounded within Judaism. This factor means that one can easily miss aspects of it that would provide a more well-rounded expression.
​
This study, although relatively brief, will discuss the topic from a view originating in the Jewish context, and hopefully provide a clearer presentation of the purpose of the Holy Spirit in the life of the believer.
These quotes show the Holy Spirit referred to by the term “Advocate.” Different English versions render the concept in various ways, including the popularly encountered “Comforter,” as well as “Helper,” and “Counselor.”
​
The term itself is from the Greek word PARACLETE. 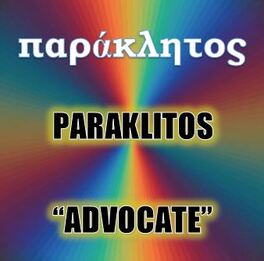 The idea is simply that of someone who acts for and on behalf of another person in a positive manner. Think of an attorney or agent, and you have the right idea. The above passages I have translated are all from the Aramaic of the Peshitta New Testament texts and use the Greek term as a loan-word into Aramaic: PARAQLITA. 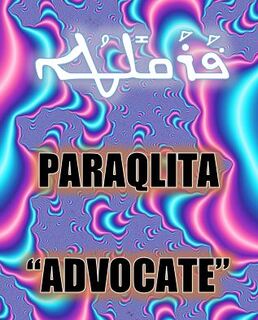 Based on the info included in the above examples one can view the Holy Spirit acting on our behalf as the PARAQLITA in the following ways:
These are the ways wherein the Holy Spirit will act for us as an Advocate—a PARAQLITA.

The initial text from John 14:15-17 is significant and provides an excellent place to start exploring the significance of the term PARAQLITA. Notice in that passage that Yeshua tells His disciples that they shall receive “another Advocate.” It is the presence of the term for “another” that is worth noting here.

Who is the Advocate that preceded the Holy Spirit?

The answer is none other than Yeshua!

He is the initial Advocate given to believers.
​
This is made clear in the fifth and final usage of the term PARAQLITA in Scripture, found in 1st John 2:1-2.
John emphasizes the role of Yeshua as an Advocate and calls Him a Zadiqa—the Righteous One—by whose meritorious nature a man’s sins can be pardoned! Yeshua is thus the first PARAQLITA who helps mankind by pardoning us from our sins through our attachment to His righteous merit. The Holy Spirit is the second PARAQLITA that comes after our sins have been pardoned.
​
This idea of a human being a PARAQLITA for another is expressed in the text of Shemot Rabbah—an ancient Jewish commentary on the book of Exodus.

The passage makes the claim that Moses was an advocate for the daughter of Pharaoh—named here as Bityah—who was herself a firstborn, and therefore subject to the death penalty of the tenth plague if her father did not perform the Passover sacrifice (which he obviously did not). However, due to the fact that Moses—her adopted son—advocated on her behalf before the Creator through his own obedience in performing the Passover sacrifice, and although she was a Gentile outside the covenant, she was still spared by his merit from the deadly judgment which befell so many of her fellow Egyptian firstborns.
​
This detail is worth mentioning, because Moses is viewed in Judaism as the first redeemer, and the last redeemer—the Messiah—is understood to be just like him regarding the nature of his work / ministry. Just as Moses interceded through the merit of his obedience, so too does Yeshua intercede for us by his unparalleled spiritual merit. The closing words of 1st John 2:2, included above, display well this notion of the efficacious power of Yeshua to reach beyond His own self and even His Hebrew kinsmen, touching even the entire Gentile world! 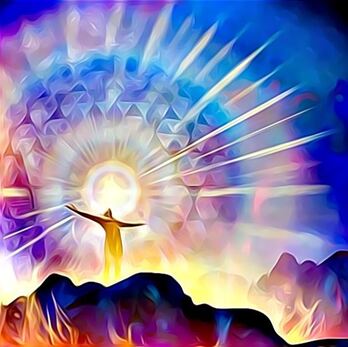 This order of Yeshua being the first PARAQLITA and the Holy Spirit being the second PARAQLITA in the context of the initial pardoning of our sins is itself a completely Jewish idea that aligns with the understanding as preserved in the Talmud, tractate Zevachim 7b. 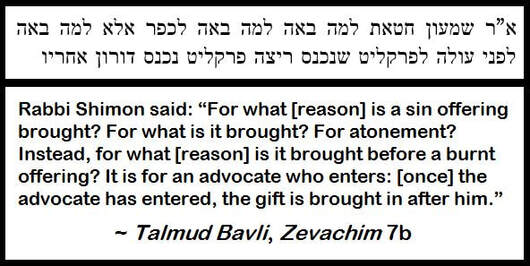 In an attempt to explain the purpose of a sin offering that is brought before a burnt offering, the rabbis reveal that it acts as an advocate that prepares the heart of the Holy One for the gift that comes next: the burnt offering.
​
This same idea is expressed in Acts 2:38 in the words of Simon Peter (coincidentally, he shares the same Jewish name as the rabbi mentioned in the above Talmudic passage).
Once sin is dealt with through the meritorious act of Yeshua, a person can then be given the gift of the Holy Spirit! This claim by Simon Peter aligns perfectly with the understanding of the purpose of the advocate for our sins that must first be brought, which paves the way for the gift to then also be brought!
​
The Talmud, in tractate Shabbat 32a, makes a further claim about the importance of repentance and what follows after.

Such an idea of the function of spiritual advocates is also seen in the words of Paul in the latter half of Acts 26:20.
The importance of displaying a change is evidence that the believer has the Advocate at work within him. A life lacking the impression of His Spirit means that the work claimed to have happened has not actually occurred. It must be evident to some degree. Obedience is the sign that His Presence in a believer’s life is real. 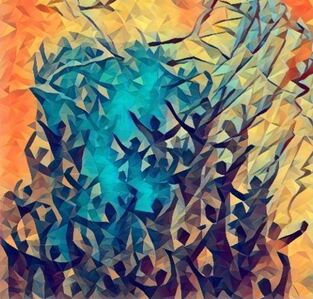 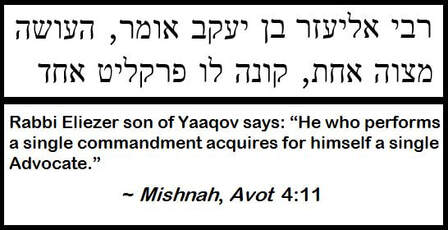 Performance of the Word is key to acquisition of the Advocate. In the case of the Messiah, Yeshua has stepped in with an unblemished performance of the Torah, and that merit is what the believer attaches to in order to be seen on the same level of righteousness before the Holy One as the Messiah Himself. It is that which allows for the obtaining and the keeping of the Holy Spirit as an Advocate.
​
This amazing purpose and function of the Holy Spirit is seen laid out blatantly for us in the text of Ezekiel 11:19-20.
This prophetic promise is the reason why even Gentiles are part of His people to this day. The Holy Spirit performs a function of obedience to those to whom He is given. The words of this passage are repeated almost verbatim in Ezekiel 36:26-27.
The purpose of the Advocate is expressly stated in these two passages: the Holy Spirit will lead us into further obedience by performance of His Word. The believer must expect to be transformed from obedience to obedience as his life of faith develops and spiritual maturity occurs. The two passages quoted here are without question showing us the helpful nature of the Spirit in our lives: it is “so that” and to “make you” walk in, guard, and perform the Word of the Creator.
​
If one claims the Spirit is instead leading them to disobey the Word, they need to stop immediately and realize that the proper role of the Advocate they have been given is to draw them closer into alignment with the heart and soul of the Holy One by patterning their life after the Word. If one thinks for a moment that the Holy Spirit is in any way opposed to the performance of the will of the Creator, it is not the Holy Spirit at all at work in their heart. Just as how it would be unbelievable for the Messiah to teach disobedience to the Word, so too would it be unthinkable for the Advocate of the Spirit to promote rebellion. Rather, the first and the last Advocate are united in purpose: to bring man far closer to the Creator than he would be able to reach if left to himself. 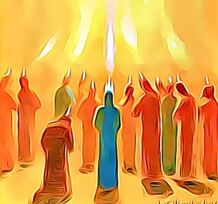 The Holy Spirit has a purpose that is personalized for each individual, in order to bring about the grand and orchestrated plan of the Holy One, but that purpose is also identical in regards to how it affects His people: it is a transformative Presence that reshapes us closer and closer into the image mankind was originally created to portray—flesh and blood that is more spiritual than physical! The Holy Spirit is the Advocate that helps man grow and become the goal first intended for man by his Creator.
​All study contents Copyright Jeremy Chance Springfield, except for graphics and images, which are Copyright their respective creators.