​
The book of Ruth has a special significance compared to all the other books of the Bible. It alone is focused on a Gentile who converted to true worship of the Holy One when she joined herself with Israel. While Jewish people populate the book, it is a Moabitess – Ruth – who is the star. Its pages tell the story of her forsaking her own people and the unlikely union she was blessed to gain with Israel. Set during the springtime barley harvest and the daily count of seven weeks culminating in the festival of Shavuot (Pentecost) commemorating the giving of the Torah to Israel and the mixed multitude at Mount Sinai, the context of the book is heavy with spiritual undertones. No other book of Scripture places its entire focus on the dramatic conversion of a Gentile to the true faith. 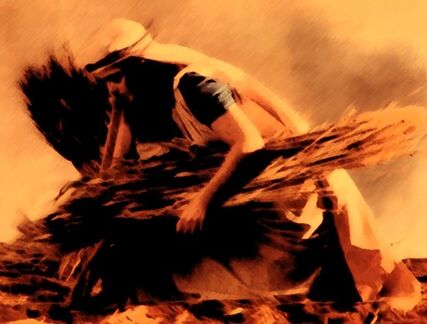 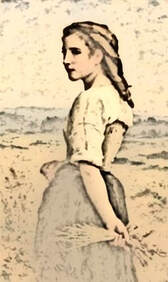 In this context, there is also something worth mentioning about the nature of the book of Ruth. That detail concerns a seemingly minor grammatical feature that actually possesses in it a unique spiritual reality that merits our attention. The curious nature of Ruth is that it overwhelmingly begins its verses with the word “and.”

That might not seem like such an important detail of note, but as the study progresses, it is my hope you will see why this is worth considering.

Interestingly, the majority of those verses start with the conjunction “and.”

Although Hebrew as an ancient language is one prone to begin sentences with a conjunction, and there are many other examples throughout Hebrew Scripture that could be referenced which show sentences beginning with the word “and,” the book of Ruth stands out in that the over 90% of its verses begin with the conjunction “and.” Other books with high counts are around 70%, such as Esther or 1st Chronicles. However, no other book comes near that of Ruth with the amount of times sentences begin with “and.”

What, then, is the importance of this unusual detail?

If over 90% of the verses in Ruth begin with the word “and,” what is to be made of such information?

It is my assertion that there is something of spiritual value concealed in the verses of Ruth which do not begin with the word “and.”
​
Specifically, there are only eight (8) verses that do not open with the conjunction “and.”
Taking a look at those passages presents a special detail that is worth noting.

However, let us first consider the word “and” as it is used in the Hebrew language.
​
While English users present the conjunction “and” as a word unto itself, Hebrew conveys the term using one single letter: the Vav. 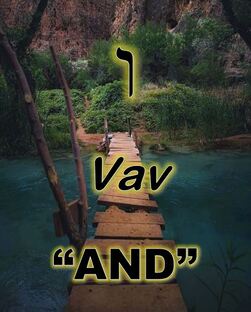 This one letter is attached to the beginning of words as a prefix connecting the thought before to the present one. It can also be used as a prefix to alter how one understands the events happening as having already taken place, or to take place in the future. It can get somewhat complicated if the reader is not familiar with the dynamics of Hebrew grammar.

However, it is sufficient for this study for the reader to understand merely that the Hebrew letter Vav in its use as a conjunction truly serves to connect one thought to the other, whether in the flow of text or as to timing of events.

It is a linking concept at its core.

​In both modern and Paleo scripts, the letter Vav looks very much like a “peg” or a “nail” upon which one thing could be connected to another. In its more ancient Proto-Semitic form, it was depicted more like a “buckle” of a belt that connected two pieces to each other.

Thus, in all its iterations it has conveyed the linking notion.
​
This factor is significant, for the major context of the book of Ruth is her becoming a part with Israel and being accepted truly as one of the people of the Most High. Her return to the land is a conversion or grafting-in event that is so dramatic, for in it she is linked irrevocably into the redemptive plan of the Creator. Her ancestors of Lot and his daughters committed a horrific perversion that separated them from the Messianic promise, and so they needed redemption to re-enter that plan. The situation in the book of Ruth is that re-connection occurring that would bring peace to the discord that had existed for hundreds of years.
When these details are understood, we can return to the text and examine the eight (8) verses in the entire book of Ruth that do not begin with the Hebrew letter Vav.
​These are Ruth’s “vavless verses.” 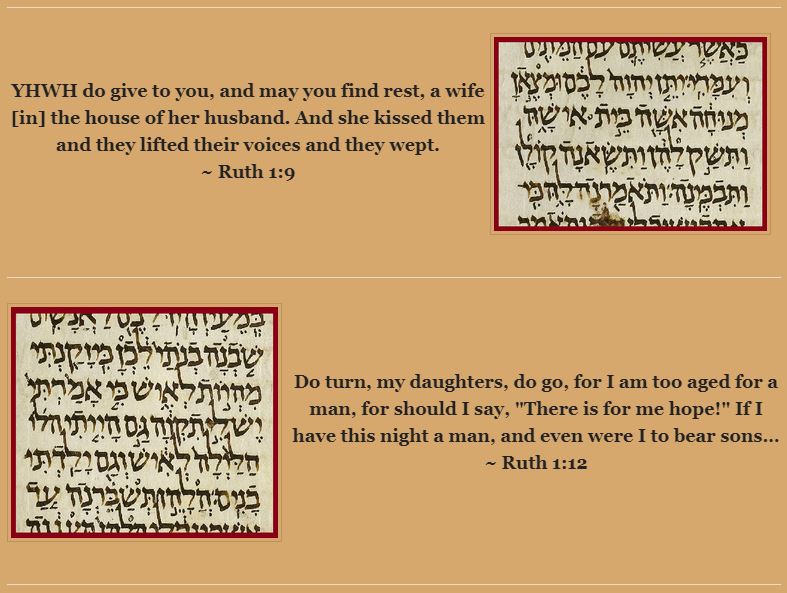 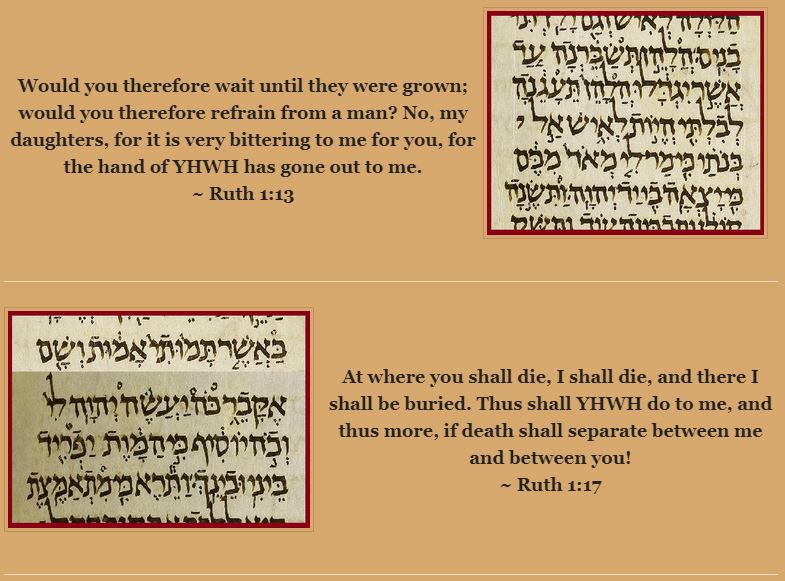 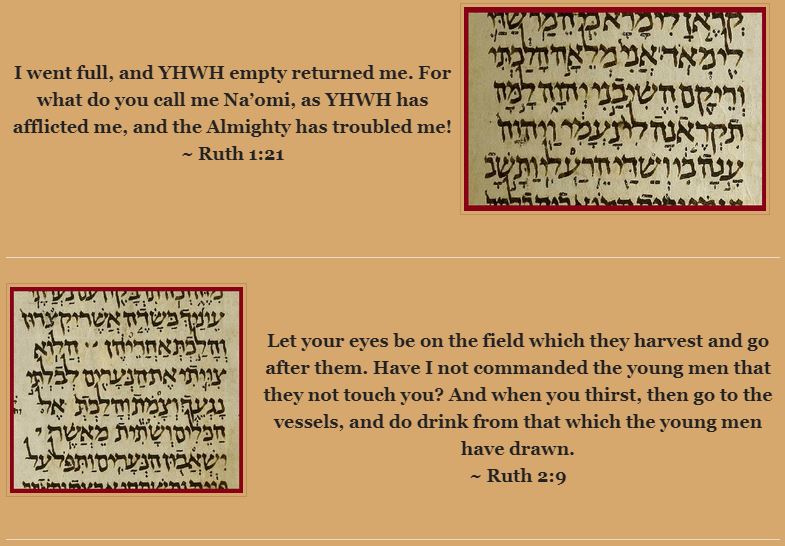 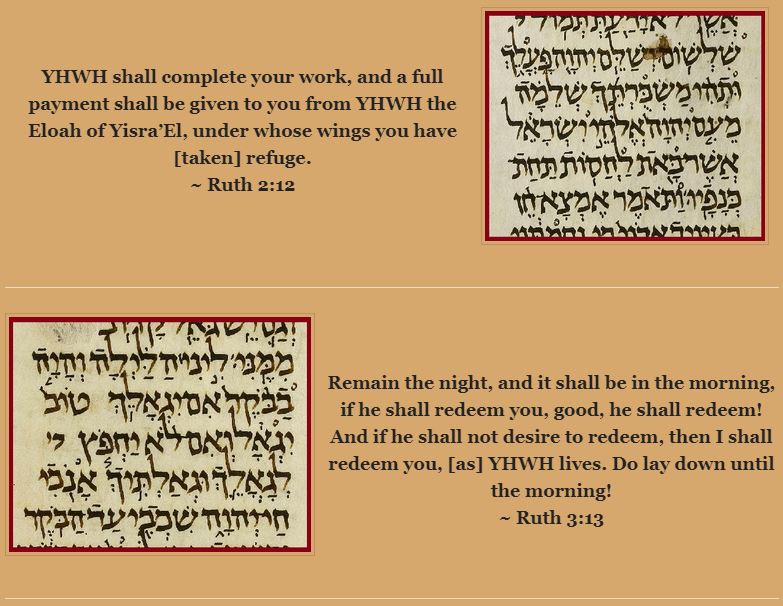 These eight passages which do not begin with the Hebrew conjunction “and” have something in common among themselves. Each verse appears to possess the notion of separation or removal in its immediate context. In some instances, it is a negative separation, and in some instances, it is a positive separation. Each conveys that idea of isolation to a degree. Incidentally, these eight verses also seem to tell the story of Ruth in a very succinct, bullet-point manner.
​
But why these verses? What is it really about them that stands out so as to have been chosen to not possess the conjunction Vav at their opening? The initial terms of each verse would easily welcome the conjunction Vav, so there must be something meaningful in its absence. 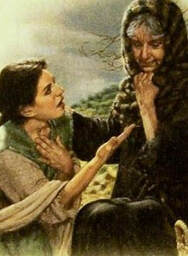 Here is where we enter the realm of speculation, of digging into the Word to see what can be gleaned from the information that is left to us. What follows is several different ways we can interpret the details that have been preserved in this matter. One of the beautiful aspects of Hebrew Scripture is that we are dealing with an inspired text that has built into the mind of the Creator, and in that perspective the reader is engaging infinity when wrestling with the Word. The possibilities for insight are potentially limitless as we look at the text and pray for discernment to show us what might be hinted at with the way the words are given.

Understanding this, let us look with wonder at some possible approaches.
​
If the specifics of each of the eight verses are counted, along with the letter and word counts, and the totals are added up we find the following to be the case: 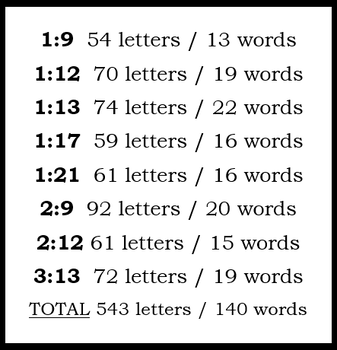 From these numbers can be derived a few terms of interest. By utilizing the Hebrew gematria method where letters are switched around and / or utilized for numbers (seen in a few places throughout the Hebrew Scriptures – such as Jeremiah 25:26, 51:1, and 51:41, and in the Messianic Texts – such as Revelation 13:18), we can glean potential spiritual relevancy through the numerical values contained here. 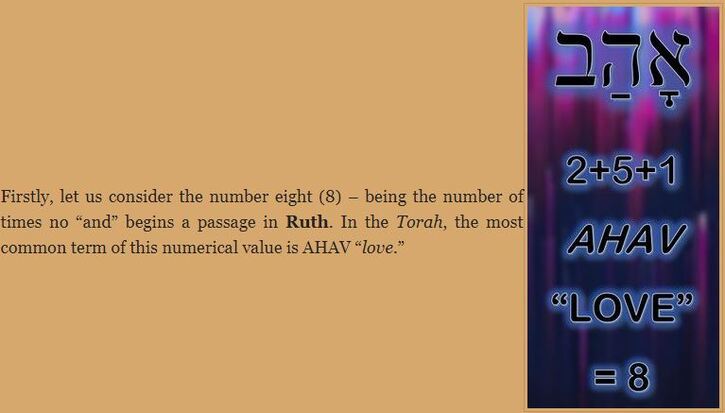 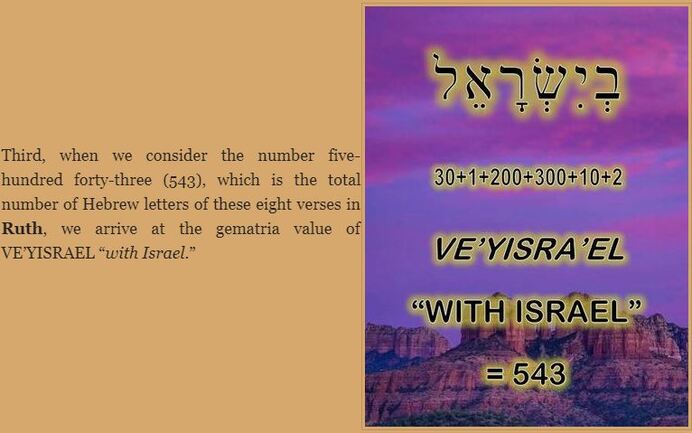 Thus, the total potential gematria alignment for the 8 verses, 140 words, and 543 letters would convey the idea of “Love for a people with Israel.”

​This is merely one way to comprehend the information.
​
Another approach would be to look at the initial letters of the words that begin each of the eight verses which do not start with the letter Vav. 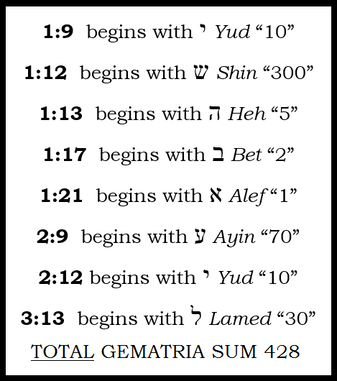 The total for these eight initial Hebrew letters is 428. This is also the sum for the term used in the Torah of LAKHOFSHI “to be free,” as well as the word BETOK “in the midst.” These two terms would imply “to be free in the midst,” with the context being “with Israel,” among His people.

Another way to utilize these eight letters would be to take them as they are encountered in the flow of the text and check to see if any sense can be found if they are read as words. In this case the eight letters appear in the text in the following order, as read from right to left.

These letters can be broken up to create three Biblical Hebrew words that are meaningful to the context. 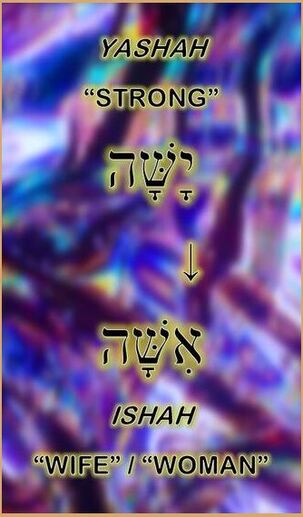 The second word that can be formed in the flow of letters is BA, meaning “has come.” 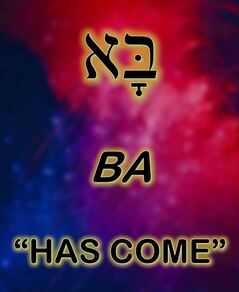 The third word to be formed is EEYAL, meaning “exalted.” 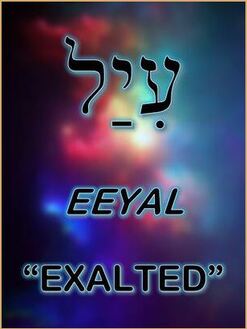 The result when we read those letters in this manner is the phrase: “A wife has come exalted.” 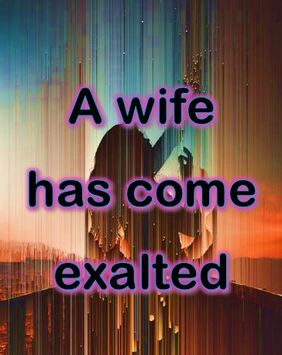 This has great meaning according to the context of the book of Ruth! This was the situation with Ruth: she was a wife who came in lowliness and was exalted by the end of the account! 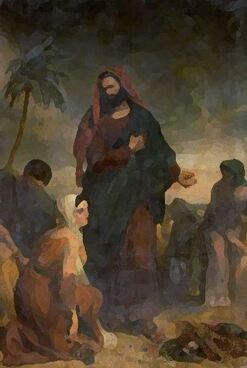 A final way to view this information of the eight verses is to look also at the initial words that begin each verse. If we merely align each word as it appears in the flow of the text from the beginning of each verse, those initial terms give us the following information:

These words can thus be taken as a special message in the vavless verses of Ruth that speak of the convert’s experience. 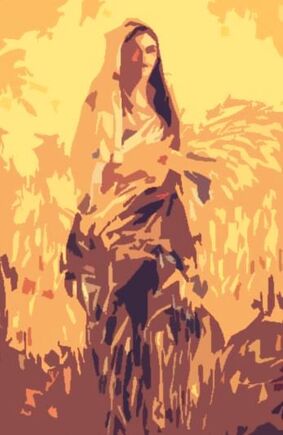 The message held within the combined initial words of these eight verses is no coincidence.

The seamless manner in which it fits together in a context that aligns perfectly with the story of Ruth is something worth our attention.

All of these details work as one to highlight the special situation she lived that speaks to all who choose the Mighty One of Israel as their master.

​Ruth's experience is important for all who come to worship the Holy One from outside the family of Israel.

Ruth left her people and land, knowing the truth of the Deity of the Hebrews that was given to her during her time in Naomi’s family. She returned with them and cleaved to Israel even when unsure of what her future would entail. For her act of faith, she was rewarded, and remained with a secure family and people. These eight seemingly insignificant verses hold in them an unlikely depth that reveals in several unique ways the price the convert pays, the journey of inclusion with Israel, and the reward the Holy One gives to those who join to Him not having any certainty beyond merely being a part of His people. In Ruth’s vavless verses we can see what it truly means to connect to His Kingdom in this world.
​All study contents Copyright Jeremy Chance Springfield, except for graphics and images, which are Copyright their respective creators.