Have you ever given much thought to the term “disciple?”  It is found many times in the New Covenant writings, and yet, it is easy to let it take on the status of an archaic, religious term, the import of which is easily passed over.  It is a synonym for a group of rag-tag men who followed the Messiah.  But what does it really mean to be a disciple?

Did you know that Scripture actually tells us what it means to be a disciple?  In fact, the Messiah Himself addresses the matter a few times, and observing His comments on the topic gives some important insight into what it all entails.  Followers of Yeshua are called to be disciples.  Thus, it is helpful to define the term and what Messiah says it means if we are to hope to even be one.

A notable place to begin is in the book of Luke, chapter 6, verse 40.  The words of Messiah set the stage for us very well. 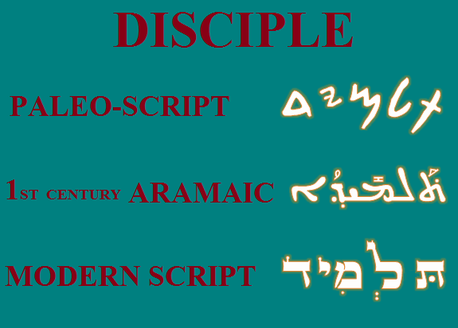 Think about what is being said here.  The disciple can never be greater than his teacher, because the goal of the disciple is not to surpass, but to emulate.  The disciple is not seeking to outdo or out-know his teacher, but to become like him in all ways.  Yeshua is our teacher, our goal for all things.  The disciple of Yeshua is therefore to be focused on forming their own lives to be living replicas of His teaching, of His love, of His judgment, of His power.
Disciples are apprentices of the Son of the Most High.  The term in Hebrew is TALMID, and in Aramaic, TALMEEDA, and literally means "learned one," or "trained one."  This becomes even more clear when it is remembered that the same Spirit that is within Him is also now within His people.  We do not seek to just learn and “graduate” to any specific level, but to forever pursue the conforming of our lives to His perfect life.

The purpose for being a disciple of Messiah is thus to maintain His heart and ministry in the earth.  It is not to go off and do our own things, but to preserve the teachings and the power and authority He possessed while here, and share that with the world as a continuation of His work.

There are markers in the Word that designate a person to be a true disciple of Messiah.  We cannot just assume the role and think we are valid disciples.  No, the Messiah Himself gives us the qualifications we must meet to be called a disciple.  There are essentially four qualifications espoused by Yeshua that one has to meet in order to hold the position of a disciple following Him.  Consider now those four qualifications:

#1.  Luke 14:26-27, and 33 tells us that it is not an easy thing to be a disciple, but that a cross must be carried, meaning it is a road that involves suffering so that others might live.  Nothing else can be cared for more than the calling to follow Him.  Verse 33 sums up the three verses succinctly.

#2.  John 13:35 tells us that our love for each other is a sign to men that we are His disciples.  The whole reason behind the coming of the Messiah to this earth was due to the love the Father has for those made in His image.  Without us exhibiting love for one another, we cannot be His disciples.

#3.  John 15:8 says that believers producing spiritual fruit shows that we are His disciples, and in this way we glorify the Father.  The book of Galatians chapter 5 enumerates those fruits in verses 22-23.  All these fruits are ones displayed by the Spirit of the Holy One variously throughout the Hebrew Scriptures.  If we are following Messiah, we must exhibit the same traits as He and the Father possess.

#4.  John 8:31 tells us that our persistence with His Word declares us to be His disciples.

If we forsake His Word, we cannot rightly follow Him. 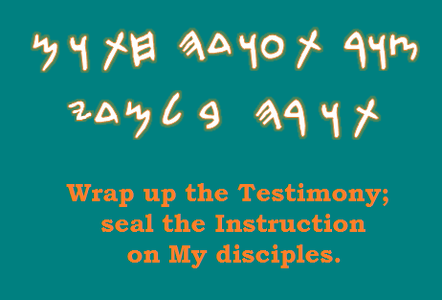 Each one of the qualifications is absolutely necessary.  The Messiah addresses the requirements of being a disciple in these four passages, and we should heed His words on the matter.  That said, have you ever wondered if the Hebrew Scriptures speak of disciples?  There is only one place where the Hebrew term is used in such a way that it is unequivocally intended as “disciples.”  That passage is the foundation upon which the four qualifications given by Messiah are based.  Read now the words of the Holy One that were given to Isaiah, in chapter 8 of the prophet's book:

This declaration comes as the culmination of what is written in verses 10-15, where Yah is proclaiming the need to trust in Him despite the uncertainty and fears gripping the hearts of those around His people.  The faith of His people cannot survive without the adherence to His Word.  His Testimony, His Torah/Law, is the binding factor that holds us all together.  Without His Word, His people will be scattered and seeking out blindly for guidance.  Only with the presence of His Word in our lives can we rightly follow Him.  That is why the text says that the Testimony is to be “wrapped up,” and the Torah “sealed” on His disciples. 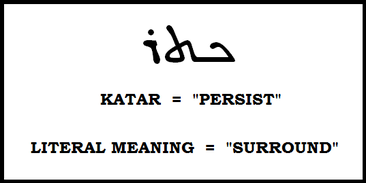 The term translated as "persist" is in the Aramaic here T'KATRUN, which is an inflection of the root term KATAR, and literally has the idea of "to surround."


Placing the root concept back into the text, the verse is then read as such: 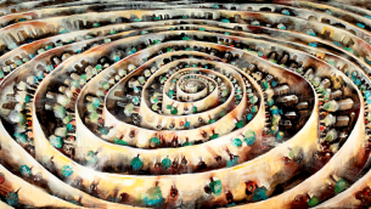 As you can see, the Messiah was hinting directly to the only time that the word “disciple” is used in the Hebrew Scriptures with the word for “persist,” which literally means “to surround.”  The concept of “surrounding” is that of a persistence, which explains the Hebraic mindset behind the usage.  Therefore, what Yeshua was telling His disciples was that they had to be surrounded by the Word, just like the passage in Isaiah chapter 8 says to wrap up the Testimony and seal the Torah on the disciples!  The thought is absolutely the same!

To be a disciple of Messiah, we have to be surrounded by the Word, loving each other, forsaking all other goals, and bearing fruits of the Spirit.  In this way, we are His.  In this way, we are patterning our lives after Him, allowing our own time on earth to be an extension of His ministry.  The Messiah’s words are valid and everlasting.  What it takes to be a disciple is laid forth for each of us to consider and prayerfully act upon.  There could be no greater calling than to be an apprentice of the Carpenter of Galilee.
All study contents Copyright Jeremy Chance Springfield, except for graphics and images, which are Copyright their respective creators.