The first chapter of the book of John ends with the Messiah “collecting” disciples one after another, and culminates with the curious account of Nathaniel, the disciple who initially refused to believe his friends had found the Messiah.  When he finally does meet our Redeemer, just a few words exchanged are all it takes to make him a believer.  Why does he go from skeptic to devotee so quickly?  The answer can be found when we look at the details contained in the original Aramaic text of John.  It is not only enlightening, but also shows how the Messiah approached the doubt of a person who thought they knew it all. 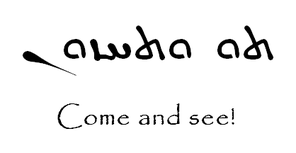 To begin with, in 1:38, Andrew and another unnamed individual question the Messiah for the first time, wanting to know where He is staying.  His answer to them in verse 39 is the invite: “Do come, and see!”  The Aramaic is TAW W’THEKH’ZUN.
This statement is very significant.  Messiah uttered something to religious-minded Jews who were actively seeking the Hope of Israel - the Messiah finally come.  They were men who would have been learned and were formerly disciples of Yeshua's cousin, John the Baptizer.  John was the son of a priest, thus himself in direct lineage of Aharon and held the title of Cohen (priest) as well.  John was apparently one of the many priests who had forsaken the corrupt priesthood serving in the Temple at that time, who were serving the political interests of Rome and not remaining faithful to the duties given to Aharon so long before.

This is important to note, because it shows that unlike some of the disciples who were men of secular careers, and would not have had an already-established religious training in place, these two disciples who end up following Yeshua are actually already versed in the spiritual understandings of the time.  The fact that they are trained in religious ideals needs to be understood, because the Messiah's statement is entirely directed at their position, and serves as an undercurrent to this amazing account. 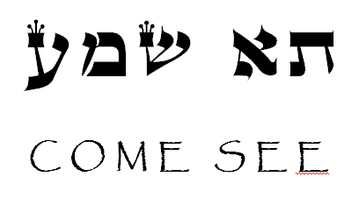 In Jewish religious texts and teaching methodologies preserved from ancient times, when a question or problem of some manner was brought up, the person who thinks he has the answer will make the statement: "Ta shma!"  This statement, while literally translating to "Come listen," has the idea of "come and see" what is about to be shown.  Everyone present will then listen to the solution.  If it is rejected, then the individual who thinks he has the appropriate solution would then utter the phrase again, and the process would continue.

The concise phrase uttered by the Messiah is the exact Aramaic equivalent to the Mishnaic Hebrew of Ta Shma.  When He spoke those two words, the disciples of John would have immediately understood that He was speaking in a religious / spiritual way, and that He had an answer for them that was more than just an answer, but was a spiritual solution to their question.  They follow based on this very direct religious statement.

The disciple named Andrew follows, and upon doing so, has to share his find with his brother Simon in verse 41, by saying, “We found the Messiah!”  The word for “found” is ESHKAKHNAHI.

After this, we are told in verse 43 that the Messiah “finds” Philip – using the Aramaic word ESHKAKH.

In verse 45, Philip goes and finds Nathaniel.  Again, the word he uses for “found” is ESHKAKH.


He excitedly tells Nathaniel that they have “found” the One promised.  The same word is used again: ESHKAKHNAHI. 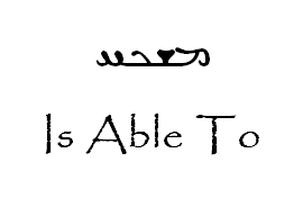 Nathaniel has to change everything up.  He puts a halt to the “finding,” by his guile-filled words in verse 46: “Is a good thing able to be from Nazareth?”  Here, the Aramaic word he uses for “able” is MESHKAKH – the same word as “found” used four times previously, but this time it is used in its alternate definition to mean “able.”  Many Semitic words can be used for two or three different meanings, and the context determines the use.

So Nathaniel, in his disbelief, throws everything out of kilter, and it is evidenced in his very words, using the same term the disciples have been using, but in a different way that expresses his unbelief.  Philip, echoing the words of Messiah originally spoken to Andrew, responds to Nathaniel with “Do come and you shall see!”  The Aramaic is TA W’THEKH’ZE.

When Nathaniel meets the Messiah, the Messiah proclaims sarcastically, “Lo! truly a son of Israel in whom is no deceit!”  To this, Nathaniel asks, “From where do You recognize me?”  The Messiah then says, “Prior to Philip calling you, while you were under the fig tree, I saw you.”

It is at this statement that Nathaniel declares the Messianic authority of the Messiah.  His disbelief unravels in an instant.  But what is it about what the Messiah said that caused the doubting man to suddenly believe?  The answer lay in the Aramaic text, which has the curious details needed to understand the sudden change of faith. 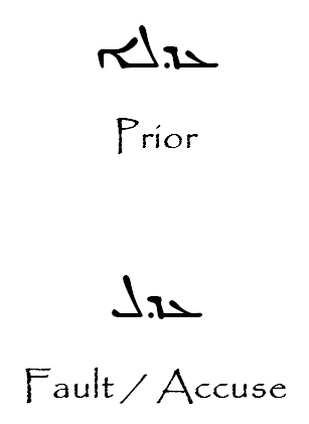 The Aramaic term behind the Messiah’s initiating word “Prior” is the term ADLA.  It is spelled one letter different than the Aramaic word for “Accuse,” which is ADAL.  Therefore, it would have sounded very much like the Messiah was saying that Nathaniel was "accusing" or "finding fault" when Philip called him, which is exactly what Nathaniel did by saying nothing good is able to come from Nazareth!

Furthermore, the word “under” is T’KHETH, which can also mean “to despise” or to view something as "inferior" or with a pompous attitude.  Additionally, the word for “fig tree” is TEETA, and has as its root the word TA, meaning “come,” which was used by the Messiah to Andrew initially, and then by Philip to Nathaniel.  So basically, what it would have sounded like to Nathaniel is that Messiah was saying “you despised the ‘come.’ ”


Do you see what has happened here?   What this does is show Nathaniel that this wasn't just another teacher Philip had found - this was the Messiah of Israel!  Yeshua chose His words carefully, knowing the heart and the situation of Nathaniel, and in doing so, He spoke directly to the man's heart, erasing all doubt.  He used the man's own thoughts to convict him and broke down the walls he had erected against where or how the Messiah would come to prominence.  He used a play on the phonetics to say something powerful: the solution to the question of "Who is Messiah?" was standing before them all.  Thus, with this statement, Yeshua concluded the initial "Come and see..." given to the two disciples of John, as well.  He showed Himself powerfully and succinctly that He is more important than John or any other who came before Him. 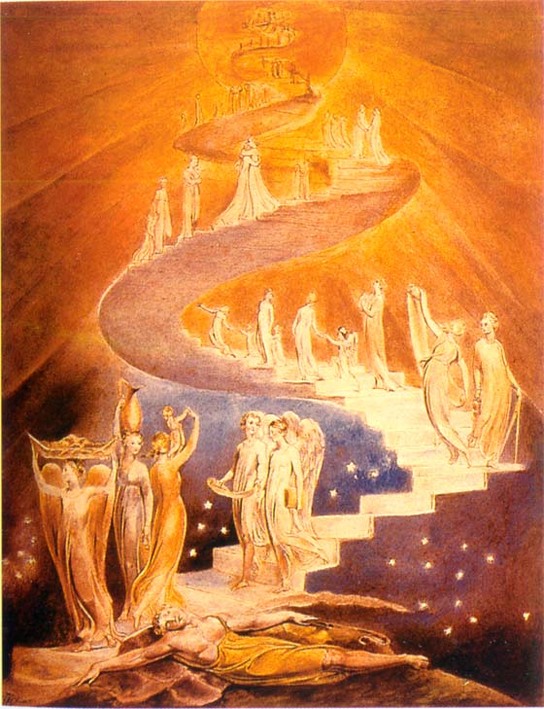 However, He didn’t stop there.  A mere declaration that they had found the ‘Messiah’ and the ‘King’ of Israel was not enough.  No, the Messiah added the boldest declaration of who He was, a truth that must have abruptly shattered the preconceived ideas of just a human man assuming the role of anointed leader.


He went on to say of Himself in verse 51: “Truly, truly I say to you, that from now on, you shall see ‘the heavens that are opened and the angels of Alaha while they ascend and descend upon the Son of Man.” 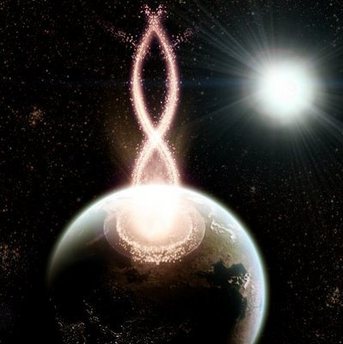 This statement is a direct reference to an event that happened to the patriarch Jacob so long before; he had a dream where he saw a ladder stretch from heaven to earth, and the angels descended and ascended upon it.  He awoke to proclaim that what he had seen was the gate to heaven – the very house of El: Bethel!!

The Messiah references that original imagery to show that He is not just a human anointed leader, but that He is the ancient dream made reality, the ladder in flesh and blood: the gate of heaven standing open before them!  In the DNA of the Son of the Highest, man would find the ability to traverse the gulf that lay between him and his Creator.  The House of El, the gate of heaven, the ladder seen by Jacob, the solution to the most important Ta Shma of them all, is none other than Yeshua the Messiah!